Tom asks me what I’m watching on TV. I was watching Gremlins, as any well-rounded person would be. 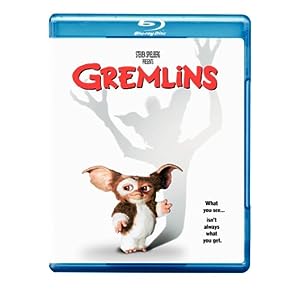 Me: Look, they’re showing Snow White and the Seven Dwarves at the movie theater. Remember when they used to do that, re-release Snow White on a regular basis?

Tom: How do you know that Snow White was re-released in 1984?

Me: Nobody is acting like it’s odd that Snow White is the only movie playing there.

Tom: Yes, but the theater is also filled with Gremlins, who don’t exist.

Me: True. BUT, the Gremlins were given a chance to see a classic on the big screen and it’s a shame that it doesn’t happen nowadays.

Tom: Yes, because the Gremlins ruined it for the rest of us – look how poorly they’re behaving.

Me: Well, then they should re-release Gremlins to teach us all a valuable lesson about needing to be on our best behavior so that we can all see Snow White in movie theaters again. And while they may be showing it on TV, there are way too many options on cable for enough people to see it and really get to think about…